We love what Facebook Inc has done with Social Networking and find it to be a perfect match to integrate with our iCloud and iTunes. If the European regulators approve of our plans to acquire Facebook Inc, we will integrated it Ping and the App Store. Our goal is to strengthen our position on cloud technologies through acquiring Facebook's technology and talented workforce and together we plan to build a strong search competitor to Google.

At the news of this acquisition, Apple Computers Inc stock price was down 11.94% in after hours Japanese Nikkei tradings. Wall Street analysts are in shock. Goldman Sachs Group Inc chief analyst George Moignon had this to say:

We didn't see this one coming. After Apple for the first time announced a dividend just 2 weeks ago, we were very surprised to hear this. We have been valuating Facebook Inc at $102 Billion because we believe in the value of their social graph. Yet we did not anticipate that Apple would spend nearly all of its cash and assets to buy the social network.

After hearing this announcement, we have decided to recommend shorting AAPL stock. Our calculations demonstrate that over 90% of Apple's current profits come from the sale of their ARM Powered devices, most importantly the iPhone 4S which currently represents over 80% of Apple Computers Inc's overall profits. We would have thought Apple would invest their cash in owning Chinese, Taiwanese, Japanese and Korean manufacturing capacity and blocking out the cheaper and better Android competition. We would have recommended Apple acquire Foxconn, Pegatron and Wistron, that they acquire Sharp Display Inc and that Apple's cash reserves could have allowed Apple to own a controlling share of Japan Display Inc and then block out cheaper and better Android competition from getting access to the latest screen technologies and that Apple could have tried to also get exclusives on more crucial hardware components of ARM Powered tablets and smartphones. But instead, we now hear that Apple has planned to spend most of their cash on purchasing Facebook, which quite frankly, we do not estimate to have that much value. We believe users easily can migrate over to competing social networks such as Google+, and that Facebook's social graph actually is quite worthless. 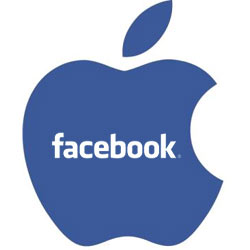 Sony to launch the first ARM Powered Chromebook?
Check back in the days to come