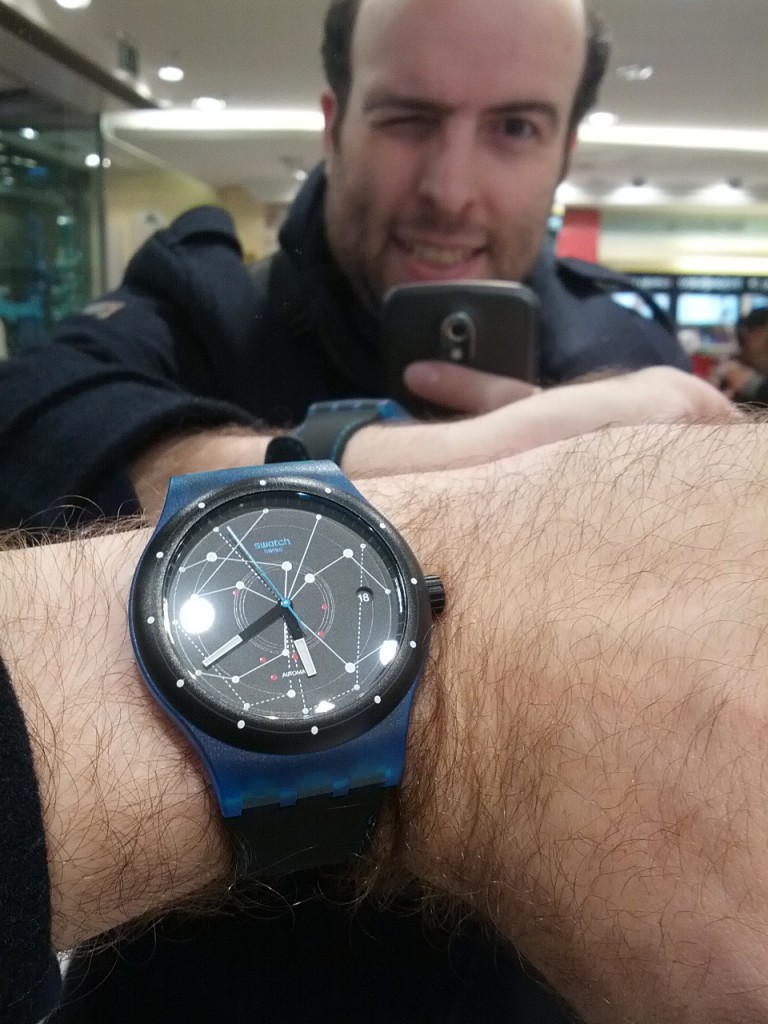 Anyone else in the Silicon Valley would like to check out these devices? Let me know! I'll be video-blogging at the ARM Techcon and Linaro Connect at the Santa Clara Convention Center during these next 4 days, then to spend another 6 days in San Francisco. I would like to visit the Twit Cottage next Sunday and I hope someone at Google invites me to their Mountain View headquarters!

This video was published at: http://www.androidcentral.com/android-central-live-nicolas-has-coolest-toys

Overview of the latest/best 7″ Tablets out of Shenzhen China

In this video, I show web browsing speed on this OMAP4470 ARM Powered Laptop/Tablet convertible. This ARM Powered Laptop loads web pages faster than the Ultrabook, both over the same WiFi home network! I load web pages like Engadget.com, Gizmodo.com and TheVerge.com faster on the $400 Archos 101 XS than on the $1000 Toshiba z830 Ultrabook! And the firmware isn't even Jelly Bean yet! It'll get the Jelly Bean firmware by the time Archos starts selling this device next month in Europe or the month after that in the USA! Everyone knows Jelly Bean and Linaro speeds up Android even more!

This Archos 101 XS likely provides one of the industry's fastest performance for productivity on Android, it's the first OMAP4470 device announced and demonstrated that I know of. Productivity is in Chrome on Android and a few other productivity apps that can be the Office suite (included for free for word/excell/powerpoint stuff) and that can also be Remote Desktop for enterprise professionals who want productivity that way using Teradici and Citrix on Android stuff. I would like Archos to integrate Ubuntu on Android also, I hope they call Canonical to get that included with the Jelly Bean firmware. Thus you'd click on the Ubuntu icon to switch to Ubuntu in a second, do whatever you want in Ubuntu including run any Ubuntu application, and then have the same icon on Ubuntu to switch back to full Android in a second too.

While we're waiting and looking forward to even faster ARM Cortex-A15 with Mali-T604, that likely doesn't reach consumer devices until next year though. Right now, the latest and best class of ARM Cortex-A9 processors, with OMAP4470, with 32nm Exynos 4412, with 28nm Qualcomm S4 Pro Quad-core, with HiSilicon K3V2, i.MX6 Quad, we're getting some excellent memory bandwidth performance on ARM allowing for fast enough full 720p/800p even 1080p web browsing speeds on Tablet, Laptop screens and on any external monitors as a Desktop/Set-top-box with full fast enough performance for productivity!

While at $299 and an unlimited amount of cash (think: French/EU Francois Hollande national IT investment project) for mass production, I think Archos can single handedly be able to sell more Android Laptops like this one than all the Intel/Microsoft Ultrabooks/Netbooks and new Windows 8 convertibles put together. At $399 introductory Manufacturers Suggested Retail Price, Archos can still get in there and sell as many as Archos can afford to manufacture, selling easily at 50% cheaper than the iPad3 with keyboard ($598), at 63% cheaper than the Asus Transformer Prime/Infinity with keyboard ($648), this is the thinnest, lightest 10.1" ARM Powered Laptop/Tablet convertible yet. And it has features other tablet makers don't have such as full hardware accelerated video and audio codecs support, MicroSD/HDMI and USB Host, Bluetooth 4.0, WiFi Direct, 1080p@60fps/3D@1080p@30fps and multimedia streaming features such as Samba/Upnp and DLNA.

I think it's great value and I'm looking forward to try to use this as my main 10.1" tablet/laptop instead of my ultrabook for the next few weeks and months. Let me know in the comments what specific features you'd like me to test on this device in my next video of it.

I run the Antutu and Quadrant benchmarks (comparing those with my OMAP4460 Galaxy Nexus) on this 5" MT6575 Android phone that has just gotten the latest beta Android 4 ICS firmware loaded onto it in Shenzhen China. This prototype is just pre-mass production, and the ICS software for the MediaTek MT6575 is beta for testing. Mass production and full production software may be ready by the end of this month. Check back later for more news on this phone and on the performance of ICS on MT6575 devices as I expect to have this and other MT6575 samples to do reviews of the latest MediaTek ICS performance. http://www.yooe.com.cn is selling this phone for sub-$150 when bought in bulk. The MT6575 single-core ARM Cortex-A9 with ICS support is bringing quite good performance to the cheap new Android phones coming out of China.

Mike Demuth @aeqx is one of the worlds top Sony fanboys, admin on the top Sony Ericsson forum (now discontinued) of se-world.info. He provides a review of this new latest high-end Sony Android Smartphone the Sony Xperia S at CeBIT 2012 in Hanover.

The most technical and awesome unboxing of the new Sony Xperia S (some blogs seem to say it's currently one of the best smartphones on the market) is done by Diogo Ferreira, one of the leaders of Cyanogenmod alternative/optimized Android development for improved Android firmwares on the Sony Android platform.

This is obviously the best phone ever released. I'll try to get it soon so that I can test Ice Cream Sandwich and film my own video-reviews. Until then, check it out here:

List of my ARM Powered devices used for video-blogging:

Andy Frame is interviewing me on ARM's official YouTube Channel about my ARM Powered devices used for video-blogging and live video streaming from consumer electronics trade-shows.

- Headmounted Display: Kopin Golden-i, OMAP3530 based, provides SVGA screen at eye-level for real-time monitoring of an IRC chat for asking better questions
- Headmounted Logitech c910 Webcam connected to the ARM Powered One Laptop Per Child XO-1.75, Marvell Armada 618 based, live-streaming the webcam video feed to http://ustream.tv (an optimal Headmounted computer, maybe Motorola's next version, can include the webcam and Android based software to live-stream the video to any live video streaming service built-in)
- Archos 101 G9, OMAP4430/OMAP4460 1Ghz to 1.5Ghz tablet, similar specs as in the Galaxy Nexus but in a 10.1" tablet form factor. Starts $269 unlocked no contract for 8". This is probably my favorite high-end tablet at the moment. I'll post my full video-review of the Archos 101 G9 in the next few days.
- Archos 70 Internet Tablet, OMAP3630 1Ghz single core, released about 13 months ago. I use this tablet every day as 7" tablets fit in any jacket pocket. Thus I mostly use this for checking emails, web browsing, watching video, playing games, using apps when I am outside. I am looking forward to upgrade this to a dual-core 7" tablet.
- My $87 FG8 Android Smartphone, it's my main smartphone for the past 7 months since I found it in Shenzhen China. It supports Dual-SIM cards (so I can use my home and foreign SIM numbers at the same time, or use voice SIM and data SIM at the same time), has a decent 3.5" capacitive touch screen, uses the wildly popular in China Mediatek MTK6516 ARM9 processor. I'm looking forward upgrading this to a Galaxy Nexus (because I am eager to try Ice Cream Sandwich) or to a newer faster 3G-capable sub-$100 Android phone.
- ZTE MF61 T-Mobile USA 4G HSPA+ Hotspot, $50 for 3GB/month pre-paid, $141 for the device, no contract.