This one uses the new Huawei HiSilicon 1.5Ghz Quad-core ARM Cortex-A9 and is also of only 6.68mm of thickness! Huawei seems to claim that their 1.5Ghz Quad-core processor is 2x faster than a Tegra3! Huawei has been manufacturing ARM Processors for a while, but I had only seen some slower Single-core HiSilicon 3716 ARM Cortex-A9 versions used for Set-top-boxes (such as in the Coupoint at $65 and Blue Times at $50), this is the first Huawei HiSilicon processor for Android Smartphones as far as I know! The Tegra3 runs at 1.3Ghz so if this one really runs at 1.5Ghz in Quad-core mode, it really might be the fastest processor yet! The question is how soon Huawei is going to be ready to release this one. It's really awesome to see Huawei be so aggressive and innovative with their designs, it's going to be very interesting to follow what types of price segments Huawei plans to aim this device at.

Check back for much more on this High-end Quad-core Huawei phone and on plenty moire Huawei Android devices to be shown at Mobile World Congress next week! 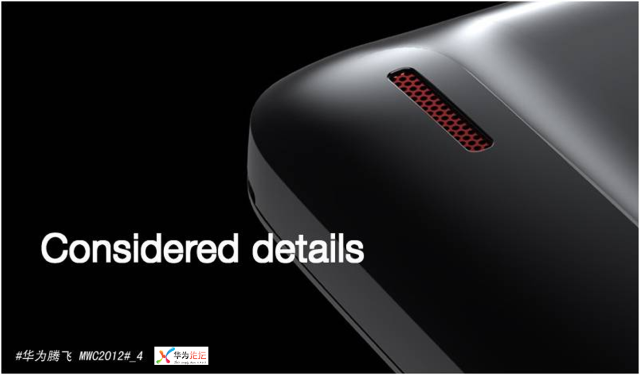 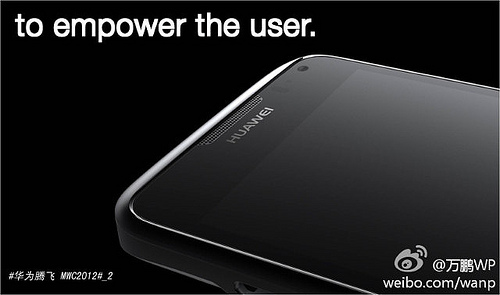 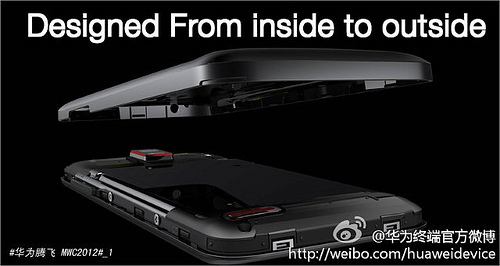 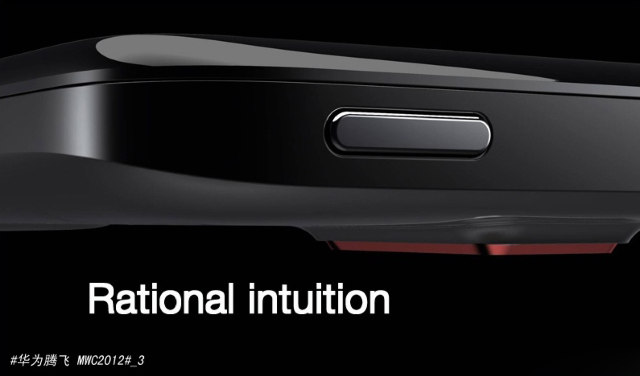