You can contact GPD here: (Please let them know if you watch this video)
Alice, Sales
[email protected]

Bernhard Rosenkränzer on the Android team at Linaro and Rob Clark of Red Hat who works on the open source GPU driver called Freedreno for Qualcomm's ARM processors Adreno GPU. This open source GPU driver enables better open source software such as for example all kinds of Linux for the Qualcomm Snapdragon 410 powered Dragonboard 410c which I have filmed here: http://armdevices.net/?s=410c

Aikun shows their new Morphus X300 gaming tablet, custom built on the Octa-core Allwinner A83 ARM Cortex-A7. It has gamepad controls over 2.4Ghz that are attachable on each side of the display, a rotating camera and a 8" IPS 1280x800 glasses-free 3D display. The retail price is targetted at $299, ready for mass production in the next couple of weeks, distributors can welcome to contact Aikun for more information below.

The Khronos Group is the consortium focused on the creation of open standard, royalty-free application programming interfaces (APIs) for authoring and accelerated playback of dynamic media on a wide variety of platforms and devices. Khronos members may contribute to the development of Khronos API specifications, vote at various stages before public deployment, and accelerate delivery of their platforms and applications through early access to specification drafts and conformance tests. 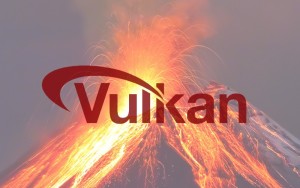 Aikun presents their Gaming Tablet based on the Allwinner A80 octa-core big.LITTLE ARM Cortex-A15/A7, it will have a 3D glasses free display and slide-on gamepads on each side of the display. The 13 megapixel camera also rotates 180 degrees to shoot to the front, to the back or to the side.

The MHL Consortium has outdone itself with their latest technology mega specification, now perhaps setting the spec at a very future proof level (shall we say at least until 2020?), supporting up to 8K at 120fps, with up to 40W for power charge, delivering higher resolution, faster frame rates, support for the upcoming USB Type-C (dual side reversible) connector for up to 8K 60fps output from a phone (wow wow!). For the first time, MHL also introduces a new superMHL connector for 8K TVs (as in the first 8K TV from Samsung shown at CES). The SuperMHL spec is for mobile devices, set-top boxes (STBs), Blu-ray players, Audio/video recorders, HDMI sticks and other source devices to TVs and monitors, as SuperMHL should be included in most future FHD/4K/8K TVs, PC Monitors, MHL has shipped in over 750 Million devices thus far. The new SuperMHL spec is also offering wider color gamut, deeper colors (to reduce color banding), high dynamic range (HDR) supported through signaling and through higher bandwidth.