The Inevitable Convergence, Exynos 4412 getting too powerful for just being in a phone, SGS3 needs to use MHL for ICS+Chrome OS+Google TV

The new 32nm Exynos 4412 1.4Ghz Quad-core ARM Cortex-A9 with Quad-core Mali-400 (probably cranked up at a higher frequency than before) launched by Samsung in the Galaxy S3 looks to be totally amazing. It may be one of the absolute fastest ARM Processors to date. That brings awesomely smooth and fast Android 4 ICS user interfaces on the gorgeous 4.8" 1280x720 pentile Super AMOLED HD screen. And with advances in Android, new features using hardware acceleration, they'll always find a way to put to use the extra performance. But if these newest ARM Processors now come with enough memory bandwidth to run a full Laptop as smoothly as using x86, if these newest ARM Processors can run 1080p Set-top-box user interfaces at 60fps on any 55" HDTV, if these newest ARM Processors have amazing GPU power that can in theory run console quality games even on a 1080p HDMI, then why aren't there accessories and docks to allow for that? Why didn't Samsung announce a range of Laptop Docks and Google TV docks for the Galaxy S3?

Here's my quick concept image for an MHL LapDock accessory that I'd like to see accessory makers sell on the market at $99-$149 depending on the quality/size, it should be similar to the Motorola LapDock 500 Pro but designed for MHL phones: 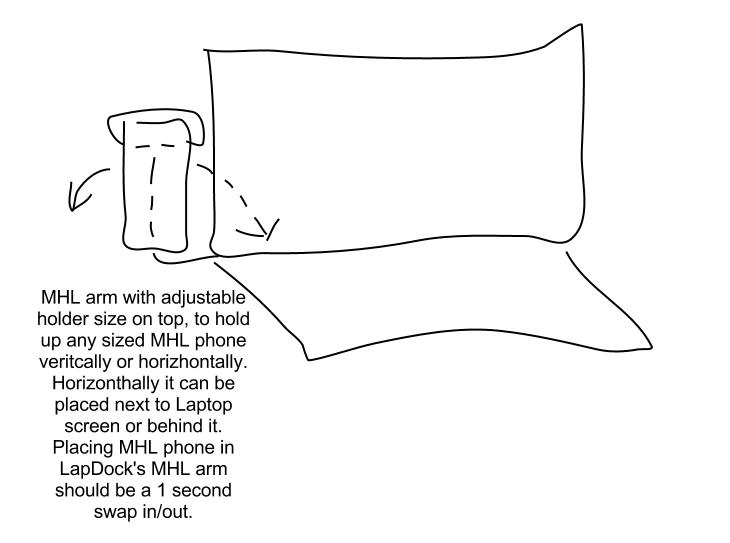 MHL enables a new market for LapDocks similar to the Motorola Atrix series, where you dock your smartphone and it powers your ARM Powered Chrome OS Ultrabook, Google TV Set-top-box and Home Console.

I think it is important to notice the huge leap in performance year/year of these latest and upcoming new ARM Processors. The new Exynos 4412 is nearly 2x more powerful than last year's Exnoys 4210. Not just by the doubling of cores, that doesn't actually double performance but more like increases it by 50% (at same frequency, and only for very multi-threaded tasks), the main thing is the smaller process node design, the increased memory bandwidth, cleverer memory bandwidth architecture also enabling a faster higher clock speed Mali-400 GPU. Basically what you are getting is 2x more performance for less power consumption, that's pretty exciting and pretty kick-ass in my book. And we are not even yet arrived at the ARM Cortex-A15 which then again upgrades the performance even more!

Now all that is needed is for Google and the industry to merge Android, Chrome OS and Google TV. When you dock it in a Laptop Dock or Desktop Dock, it should switch to a full Chrome OS mode (or Ubuntu, not to forget Microsoft is welcome to add the Windows 8 app for $29.99 in the Google Play store. Or somewhat pre-install "Windows 8 mode" as a secured dual-boot when partnering with the smartphone maker). When you dock it to a Multimedia Dock it should switch to a full Google TV mode, maybe even with HDMI input and IR blaster if the Dock supports that, and also the new GPU is now near XboX 360 power even though it's not yet the Mali-T604 and Mali-T658 which increases graphics even further next year. 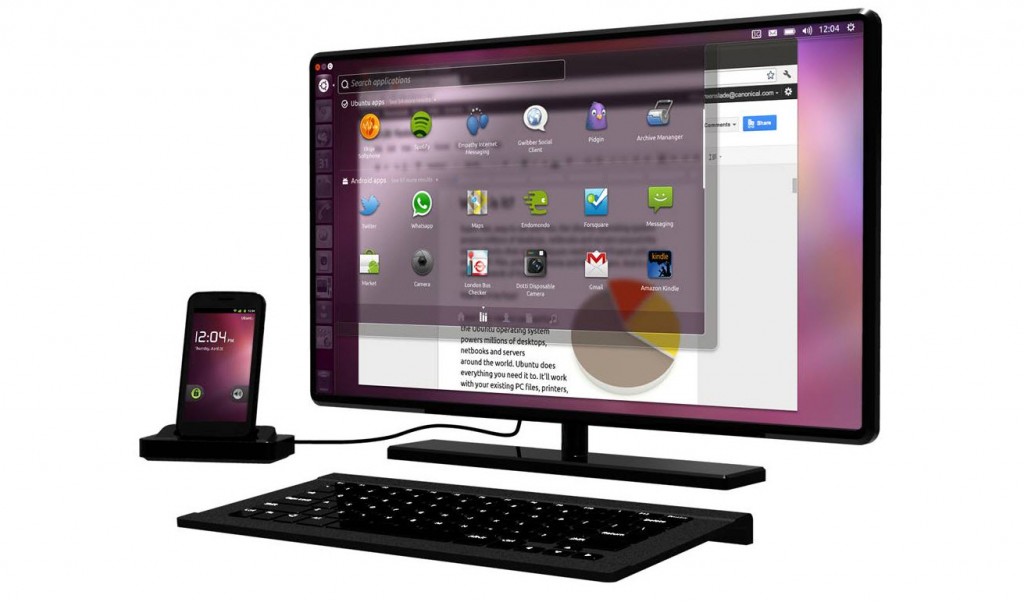 The issue is Samsung and some others are maybe afraid to disrupt their own existing markets of selling Laptops, Chromebooks, Set-top-boxes and new 3DTVs with built-in Google TV, so maybe, just maybe, at the corporate headquarters of Samsung they fear the inevitable convergence. But if Samsung doesn't want to promote the convergence that these new post-PC ARM processors enable, then competitors have a wide open door to use that for marketing. One little pocketable soon enough wearable device can now power all your productivity, content consumption and entertainment. The performance has arrived, it's only a matter of someone deciding to start making, selling and marketing the new user interfaces that enable the full convergence.