Brightsideofnews.com provides this benchmark of the HiSilicon K3V2 powered Huawei U9510 Ascend D Quad XL phone comparing it with some of the other super phones on the market: 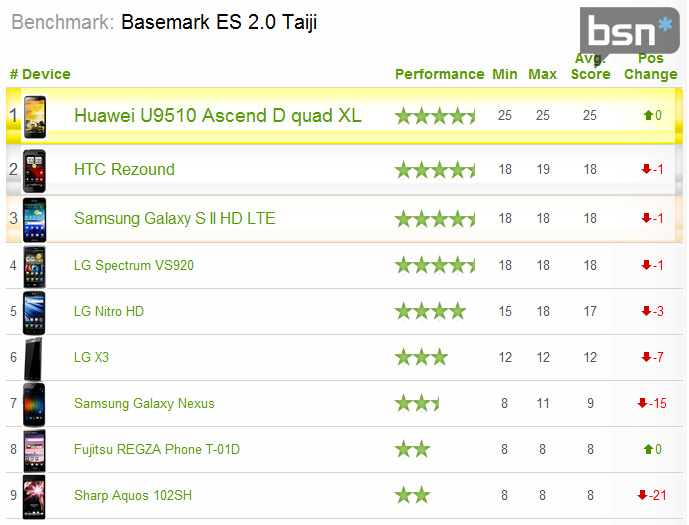 According to this benchmark (which I don't really know how it was measured and what it really means in terms of real Android usage performance):

Huawei K3V2 processor managed to beat NVIDIA Tegra 3, Qualcomm Snapdragon MSM8660, Samsung Exynos, TI OMAP4 right off the bat. At 1280x720 resolution (HD Ready), the HiSilicon K3V2 and its GPU managed to achieve 25 frames per second, with the closest follower being Qualcomm Snapdragon and its Adreno 220 GPU with 18 fps. In the same benchmark, NVIDIA Tegra 3 with its ULP GeForce GPU only managed to reach 12 frames per second.