This is the first 6" e-reader with a capacitive touch screen, it enables it to be much more compact than the Kindle as text input can be done on the touch screen. Although this is an early prototype demonstrated by Sagem Wireless at Mobile World Congress. The feature of using a capacitive touch screen on the e-reader does not remove from the readability of the screen and allows for finger touch screen input through the interfaces. A capacitive stylus input may also be supported. This device will include 3G and WiFi wireless data modems.

Here's a picture showing the size of it next to the Archos 5 Internet Tablet with Android at 4.8" and the PocketBook 360 5" e-reader: 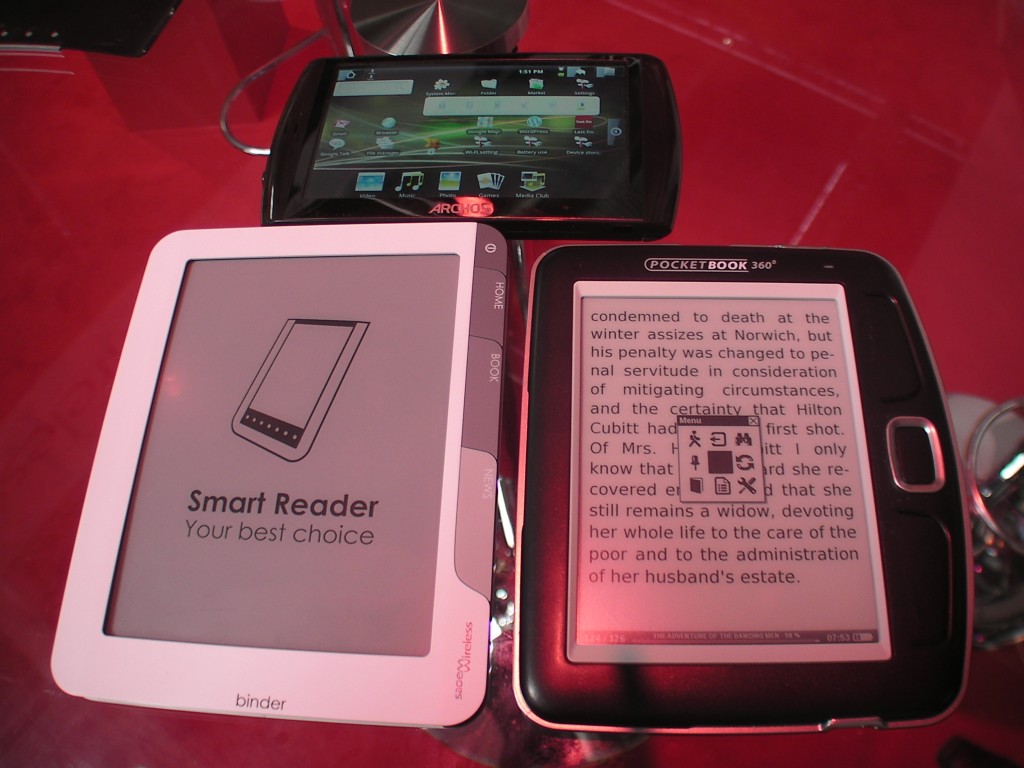