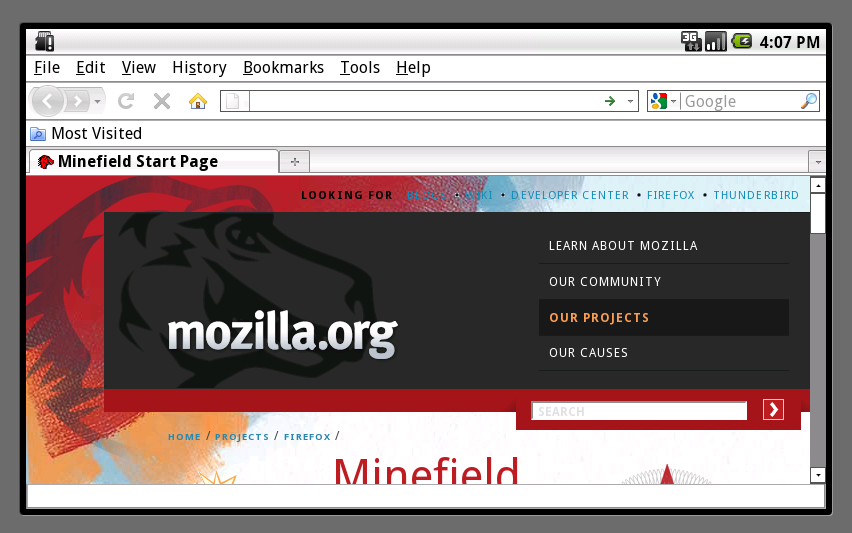 Tim Sweeney is the founder of Epic Games, he is in charge of the Unreal Tournament, Gears of War and plenty more very famous game franchises. But not only does his company make games, Epic makes the most famous and most popular 3D game engines on which hundreds of other games all over the industry are based on.

Now the Unreal engine is being launched for the Nvidia Tegra2 processor and has been showcased to run on other OpenGL ES based ARM Powered devices like the ipod touch.

In this interview, I ask when we will see Android devices with support for the Unreal Engine, and how many games does he think will work on all these ARM Powered devices that have the advanced 3D acceleration built-in.

Thinkfree Mobile 2.0 with Editing on the Acer A1 Liquid Android phone

HD-AAC is a new lossless audio codec developed by Fraunhoffer among others and which uses ARM processors in this Logitech device which is able to playback that form factor.

Kevin Marks and JP Rangaswami are introducing Ribbit VOIP platform and APIs that gives independent developers, ISVs, and global enterprises the tools and functionality to create new ways to communicate-with people, businesses, and software. Ribbit enables developers to combine the richness of voice calling with the interactivity of Web 2.0 experiences. More info at http://ribbit.com

I also ask them about how they think the telecom industry is reacting to VOIP as a threat to existing revenues and as an opportunity for creating new experiences around voice communications.

Seesmic on the Archos 5 Internet Tablet with Android

Here is a demonstration at LeWeb conference in Paris of the Seesmic application for Android running on the Archos 5 Internet Tablet with Android, the worlds first Android Tablet with a 800x480 medium density 4.8" touch screen and even with a 720p HDMI output. This video was filmed by John Yamasaki @jyamasaki of Seesmic using the Flip HD.

This is a video-interview with Walter Bender of Sugar Labs at Netbook World Summit in Paris. Sugar is the Gnu/Linux based OS running in over 1.5 million OLPC XO-1 laptops used by Children around the world. It is the Linux distribution that popularized Linux on Laptop form factors. As I wrote in http://www.olpcnews.com/commentary/impact/olpc_netbook_impact_on_laptop.html the OLPC project has greatly influenced the whole PC/Laptop industry, and with more optimized and streamlined Linux implementations like this new Sugar Linux OS, the influence is only going to be even greater.

Blumpit works as a Firefox plugin and could soon also work as a Chrome Browser extension, to provide a bunch of user interface options on top of the browser and on top of any OS be it Windows, Linux or Mac. It could also work on cheap ARM powered laptops runing any type of Linux that can run a compatible Firefox or Chrome Browser with plugins or extensions support. Installing the Blump'it features is just a one-click process.

Linux on Laptops at the Netbook World Summit in Paris

Industry Linux overview by Linux experts Aaron J. Seigo, Community leader at the KDE Foundation and Arnaud Laprévote, CTO Chief Technology Officer at Mandriva Linux. They provide information on the status of Linux for ARM powered laptops and analyse the influence of Linux on the Laptop industry with the advent of the Netbooks.