Cool. The cheap unlocked Android phones are coming! This Kyocera Zio M6000 is announced to be released unlocked on the US market from $169 to $216. That is without contract, thus a cheap pre-paid Android phone. 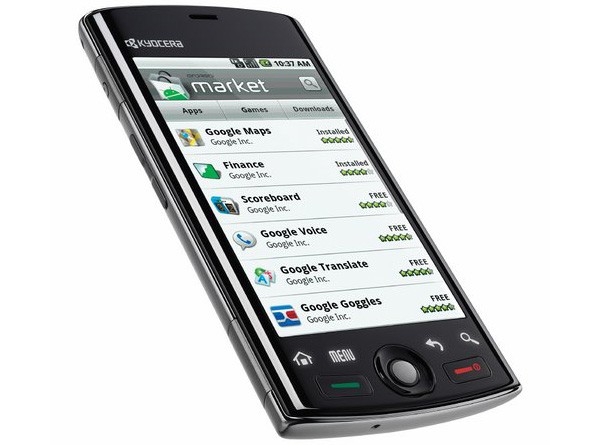 Here are the specs:

This video was released at: mobileburn.com

Kycoera/Sanyo is a leader in producing low cost phones sold with pre-paid carriers in the USA such as Virgin Mobile, Cricket, and MetroPCS. The arrival of cheaper unlocked and pre-paid-only Android phones is just awesome. Having to pay $529 for an unlocked Nexus One or having to pay more than $3000 over a 2-year contract is just ridiculously expensive. Android will dominate the market as soon as unlocked sub-$200 Android phones start becoming available worldwide.

ARM is presenting this hardware based secure payments and authentication system which all future mobile devices may be shipping with. The functionalities of those calculators that people use for their netbanking can thus be integrated in the future mobile phones, to let people do secure payments and authentication using a simple 4 number pin code on their mobile phone. The way they do it is that they guide the keyboard entries directly into a separate secure encrypted OS that functions separately from Android to do the secure authentication that then sends back the certificate (or how it's called) back to the web based application. This kind of system, I would guess, could also be integrated in laptops, or you could use your phone to authenticate yourself on any website very securely using any computer.

You can find more information about this at: http://www.arm.com/markets/mobile/trustzone-and-mobile-payments.php

These are the latest HTC smart phones shown at Mobile World Congress 2010 in Barcelona. This video shows how the HTC Legend is an improvement on every aspect compared to the HTC Hero and offers some talk and explanations for HTC Sense UI, and the HTC desire compared with the Google Nexus One.

The 7X30 is Qualcomm's next generation Snapdragon processor to come in some of the next generation of Qualcomm powered Smart Phones later this year. This is what the Nexus Two or HTC HD3 may look like. This video features demonstrations of the improved video playback, built-in HDMI output, improved 3D acceleration and even more advanced animated and 3D Android user interfaces.

This is Dell's 4.8" capacitative Android Tablet with built-in 3G. From the video, it sounds like this Dell Android tablet might be much more expensive than the Archos 5 Internet Tablet with Android which is available since October 2009 for $249 in Radio Shack. No confirmation in this video about video codecs, bitrates playback, though it is said it will have HDMI output through a dock. Thus from this video, we can't know if full DivX video playback, full MKV H264 high profile video playback is supported at high bitrates through that HDMI output and on the LCD. No information if it will come in several different capacities as Archos comes from 8GB to 500GB using a 2.5" hard drive.

A new reflective display technology by Qualcomm, filmed by newgadgets.de:

Erik Helgerson is Technical Lead Product Manager on the Windows Phone 7 Series project at Microsoft. Here's an overview of some of the Interface features, hubs, some talk about applications, multi-tasking, design, hardware requirements.

This HP Android laptop is still one of the best of its kind that I have seen so far in consumer electronics shows.

Thunder Soft has customized a version of Android for this Qualcomm Snapdragon based Tablet prototype.