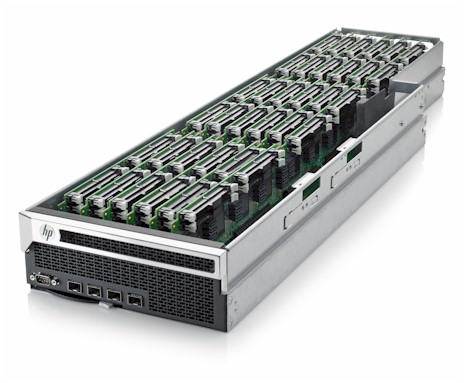 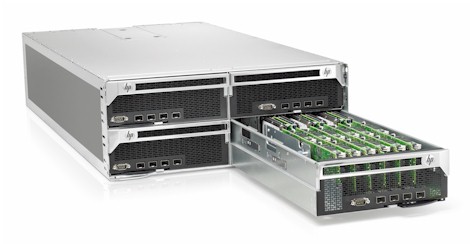 Ubuntu for ARM Powered Servers, to go mainstream within 2 years

Canonical is working with ARM and Calxeda to prepare the customized and optimized Ubuntu Server Edition software to run on ARM Powered servers once they are ready.

With Ubuntu Server becoming the de-facto standard for cloud infrastructure and big data solutions, we recognise that power consumption is key to efficient scaling. Building on four years of working with ARM, we are now taking the step of supporting Ubuntu Server on ARM. We expect these processors to be used in a variety of use cases including microservers.

This is a first step and there will be many revisions of processors, hardware designs and of software as the performance and supported server workloads optimised for ARM grow over the next four years. It is, however, a first crucial step towards a new technology and one where yet again open-source innovation leads.

In October, the Ubuntu Server 11.10 release will be simultaneously available for x86, x86-64 and ARM-based architectures. The base image of the releases will be the same across architectures with a common kernel baseline. The ARM architecture will also be part of the long-term support (LTS) version of Ubuntu Server in 12.04 and other future releases.

Initial development focus and optimisation will be around the most popular Ubuntu workloads of web/network infrastructure and distributed data processing via NoSQL or big data applications where workloads typically use hundreds or thousands of systems.

Calxeda Inc, formerly known as Smooth-Stone, is the new company formed by ARM Holdings, Texas Instruments, ATIC (same invesors as in GlobalFoundries and AMD) and others that have provided at least $48 Million in investment to set it up. They are optimizing the designs for ARM Powered servers to be implemented by Server OEM partners around the world. As reported by Forrester Research's Richard Fichera:

While still holding their actual delivery dates and details of specifications close to their vest, Calxeda did reveal the following cards from their hand:

ARM Powered servers could have 5X to 10X the performance/watt compared to Intel's x86.

As you can read on Calxeda's website, the operating expense associated with power and cooling now dominates a server’s cost of ownership, and will eclipse the hardware itself by a factor of 7X in 2012. IDC reports that all servers worldwide consumed $44.5 Billion of electricity in 2010 and require ten additional Gigawatt power plants to be constructed.

A discussion with Marvell about their ARM Powered Servers which could take over the whole cloud computing servers market.

ARM Powered Servers could be cheaper and consume less power and still provide the same performance as Intel. Smooth-Stone is developing some specific ARM processors and system on chip hardware configurations for use in servers to power cloud computing. Smooth-Stone has just announced that they have raised $48 Million from investors including ARM, ATIC (owner of Globalfoundries and part of AMD), Texas Instruments, Battery Ventures, Flybridge Capital Partners and Highland Capital Partners.

Smooth-Stone will make it possible for data center managers to increase the density of their computer resources while significantly reduce need for power, space and cooling. At the same time, Smooth-Stone technology will contribute to the reduction of the CO2 footprint of the data center in a significant way.

In a previously announced project, Marvell is also working on Server specific versions of their Marvell ARM processors. This is going to be fun!

My guess is that these new ARM server processors may be based on ARM Cortex A9, come at as little as very small 28nm process size, come with many cores for server-optimized parallel processing. More speculation:

Server chips won’t need the graphics and signal processors that most high-performance ARM chips have (as the latter are targeted at media applications), but may need larger caches and MMUs capable of addressing more than 4GB of physical memory. Even if ARM has only 4GB logical address space, you can let different processes have different 4GB chunks of a larger physical memory.

Marvell is announcing the plan to offer 40-nm multicore ARM processors in servers. This is big news. It means ARM may not only power all phones, tablets, e-readers, laptops, TVs and desktops of the future, it may also power the cloud computing that serves all those devices.

In terms of price, there is a huge gap between Intel's Xeon chips some of which sell for several hundred dollars and the typical multicore ARM chip that may sell for about $35. That gives Marvell plenty of room to carve out its own profits.

The new chips will offer more than a five-fold reduction in power consumption compared to x86 processors that dominate the server market, Marvell claims.

Marvell and ARM are working with "multiple Tier 1 companies" to build larger trial deployments to validate ARM as a server platform.

partners are working on ports to ARM of x86 virtualization software also strategic for the server market.

Google could be one of the "tier one companies building larger server deployments to validate ARM as a server platform". Torben Mogensen speculates:

I think Cortex A9 multicore would be fine for its purpose. But they may design their own chip built around this core. Server chips won't need the graphics and signal processors that most high-performance ARM chips have (as the latter are targeted at media applications), but may need larger caches and MMUs capable of addressing more than 4GB of physical memory. Even if ARM has only 4GB logical address space, you can let different processes have different 4GB chunks of a larger physical memory.
But, instead of designing their own, Google may just ask Marvell, Qualcom, Nvidia or TI to design a chip to their specifications. If Google promises to buy a million chips per year, I'm sure these companies would be quite happy to do so.