Basically, he is saying that Asus prefers to use Windows only for now.

Fem2cells can help create better wireless broadband networks based on 3G and White Spaces technologies. PicoChip Provision provides the chip that powers most Fem2cells in the world.

I am not able to get enough bandwidth or any connection at all on the WiFi hotspots at the CES press events at the Venetian hotel (is CES not really interested in having bloggers blog about their tradeshow?), the Venetian press room has no working wifi and 6 ethernet cables to share among 2000 journalists. Also, the $10 daily WiFi access at my hotel room at Imperial Palace constantly drops off so I can for now not upload my first CES HD quality videos.

So for now I send you this blurry picture: 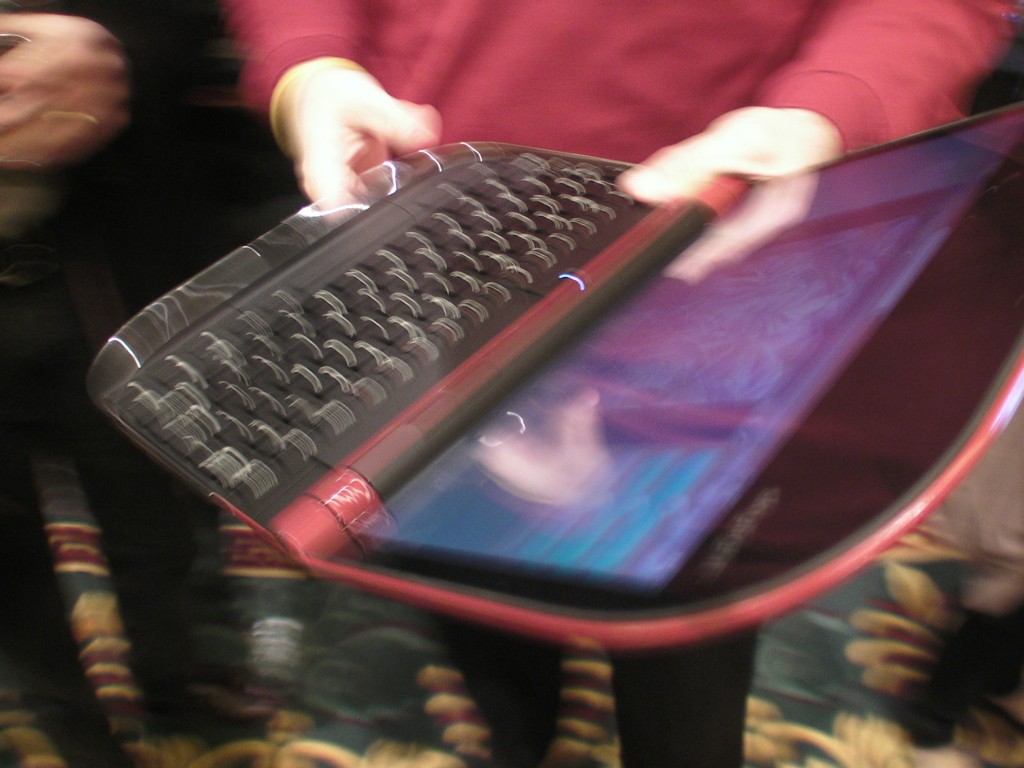 Today, I have seen some awesome looking ARM Powered laptops powered by Marvell and Qualcomm and the Lenovo one looks really great.

I will upload my videos daily as soon as I have access to the real Press Room at the convention center, perhaps starting tomorrow, where I am sure that they will provide hundreds of megabits per second upload speeds.

I have arrived in Las Vegas 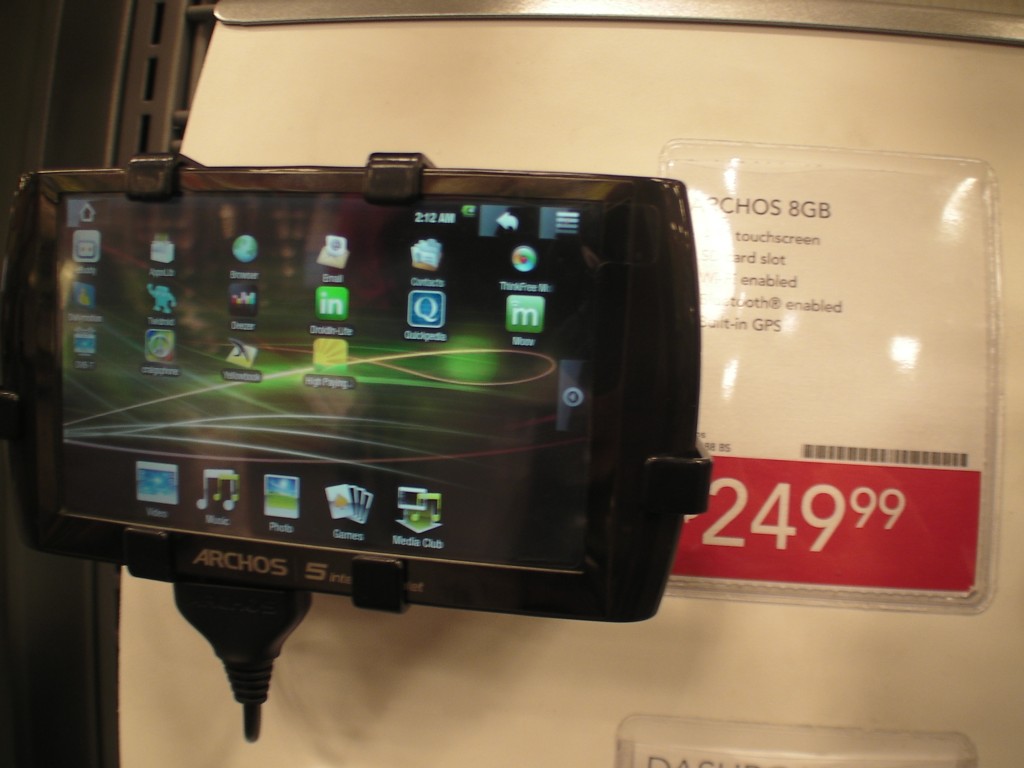 And here is what you can find in all Radio Shack stores in the USA, the Archos 5 Internet Tablet (8GB) selling right there for a very affordable $249 price. If Archos markets this device the right way and provides a perfect Android firmware for it with full Google Marketplace integration, and soon announce 3G and 7" versions and solutions for Camera and Compass, I think Archos has a huge opportunity right there to make a very big influence on the market.

You can follow my extensive HD quality video coverage from CES here on http://armdevices.net during the next few days.

I am really looking forward to see them demonstrated at CES. Anyone would like to speculate how good the Web Browser might be at this point? Consider the rumor is that the Lenovo Skylight will ship in April, which may mean that some software optimizations are still being worked on including full Javascripts, Flash, Video playback and 3D all to hopefully be optimized by hardware acceleration. What kind of optimized Linux software do you think this device might be using?

Also what do you think the actual prices might be? The rumor is that the laptop may come with 20GB on-board memory and 2GB of cloud storage.

The rumor is that it is super thin and light and still may deliver more than 10 hours of battery life when 3G surfing on its 10.1" high resolution screen.

Photos and details on pricing are being released on blogs: see netbookchoice.com and enjoy following pictures: 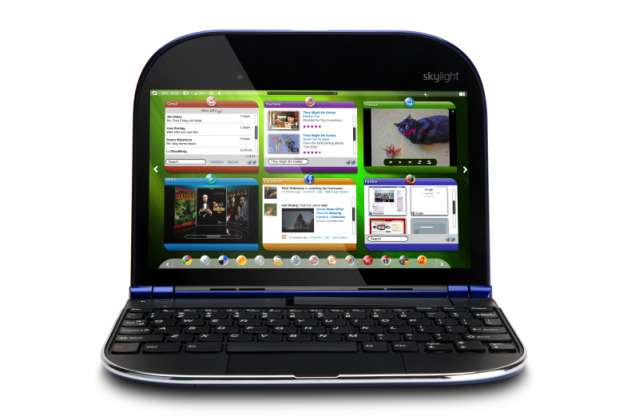 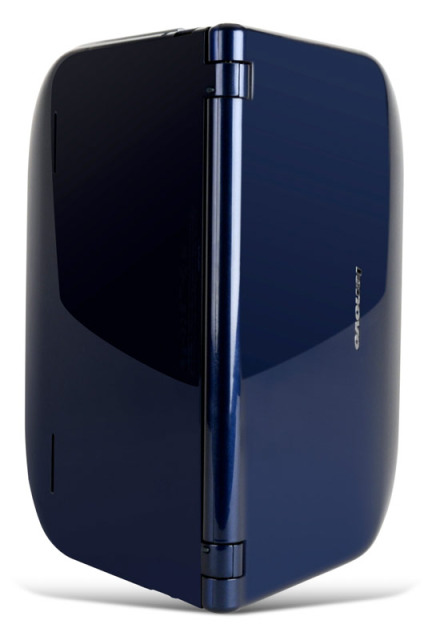 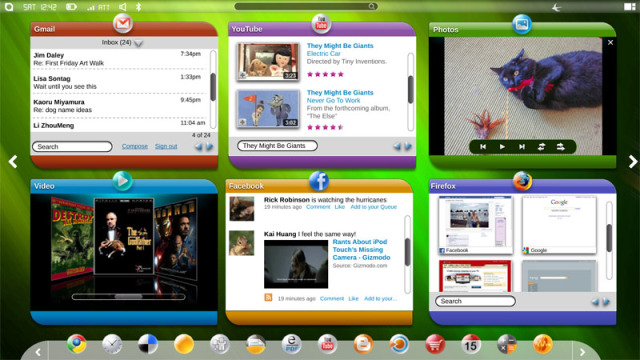 I will be in Las Vegas to film up to 50 HD quality videos from January 4th to 11th of the best ARM Powered® devices to be shown at the tradeshow. I will try to film behind-the-scenes Interviews with Engineers, Product Managers and other experts in the ARM Powered® Tablets, Mobile Phones and Laptops that are going to be shown at CES and launched hopefully soon thereafter at attractive prices.

- The web browser needs to browse on websites fast and with multiple amounts of opened tabs.

- The web browser needs to load advanced Javascripts and AJAX based websites just as fast as on an Intel-based Laptop.

- Flash 10.1 support needs to be just about as smooth and good on ARM Powered® devices as on Intel-based ones.

- I'd really like to see the first demos of fast and smooth Google Chromium OS demos running on ARM Powered® Laptops and Tablets. The full Google Chrome browser optimized to use hardware acceleration of the ARM Powered® Laptops and Tablets is crucial for the success of the platform. That is, it would be surely great to see Firefox and Opera browsers also working fast and smooth for all those advanced things.

- Some level of advanced 3D hardware acceleration for 3D game platforms such as the Unreal Engine, Quake3 demos, even N64 emulators demonstrated to work on all the latest ARM Cortex based technologies would be really great and would add a certain level of confidence in ARM Powered® devices from the bunch of 3D gamer geeks that do represent a large part of the blogosphere.

Then in terms of business models, ARM Powered® devices should have more opportunity to be sold to consumers at attractive prices. Subsidizing the devices with telecom contracts running up to more than $2000 over the 2-years is one way to do it. What I would really like to see are official announcements that the ARM Powered® Laptops and Tablets are not only very powerful in terms of Javascripts/Flash/3D performance, but also that they can be sold significantly cheaper to the end consumer than devices based on Intel.

The $200 ARM Powered® Laptop and the promise of $100 ones for consumers to buy totally unlocked and without contracts, that is where the biggest opportunity lies with ARM Powered® devices in my opinion. By bring the PC/Laptop industry to a lower cost level, could also mean that 1 Billion or more people around the world will be able to afford to have full access to the web. And if all those devices can add the Pixel Qi low power sunlight readable screen and even function in Tablet mode, run 20-40 hours on a low cost and light battery, then all the greatest. It would be really nice to see actual product announcements at CES in just a few days.

OLPC designer Yves Behar is showing the XO-3 design over at http://www.forbes.com/2009/12/22/tablet-computer-negroponte-technology-cio-network-olpc.html 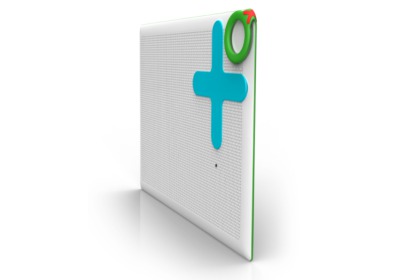 Imagine an ARM Powered Tablet computer with the 10.1" Pixel Qi screen, where the screen uses plastics instead of glass to be very resistive. Imagine low enough battery usage in transflective mode to power the device for 40 hours even though the less than 1cm in thickness of the Tablet does not allow for much space for the batteries. Imagine a fully optimized use of the Pixel Qi screens reflective abilities where the screen only needs to refresh at the speed of 1hz when in e-reader mode when nothing moves on the screen, with the processor and motherboard also completely shut off and standby to save power when they are not required. But where screen refresh rate and the processor and motherboard can instantly be turned on as soon as they are needed again. 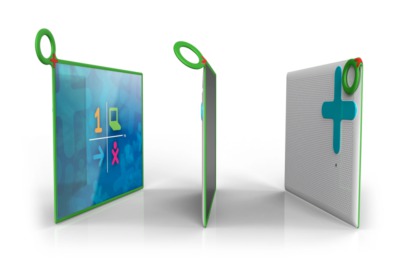 Imagine a touch screen technology which would allow for very responsive touchscreen interfaces to accommodate reading, web browsing, typing and playing of games. Yet where the touch screen functions on a plastic screen that is scratch resistant. 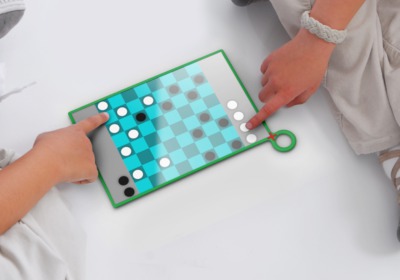 All that for $75 and to be released within two years. Those are the latest plans from the OLPC organization, the same people that invented the Netbook industry as I wrote in http://www.olpcnews.com/commentary/impact/olpc_netbook_impact_on_laptop.html 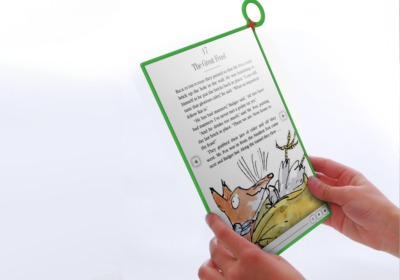 Here is the worlds first announcement of a Tablet with the revolutionary Pixel Qi screen (that I filmed at Computex 1, 2, 3, 4), on top of that as a 10.1" touch screen tablet, using the NVIDIA Tegra T20 chipset supporting 1080p Full HD video, with WiFi, Bluetooth, HSDPA, in a 1.5cm thickness and 771 grams. Notion Ink will show this cool looking ARM Powered tablet at CES, I will try to film hands on video there. This ARM Powered tablet form factor with Pixel Qi screen, as well as the swivel tablet Laptop form factor, is the form factor that I think will revolutionize the Laptop, Tablet and E-reader industry and I really look forward to seeing these demonstrated for the first time at CES from January 7th to 10th, look forward to my full video coverage here on http://armdevices.net 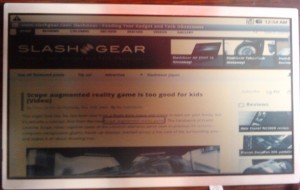 Cherrypal may have been watching my videos, launches products I reviewed last month

http://www.cherrypal.com/products.php just did a big splash on the blogosphere (engadget, gizmodo etc) about them launching the Menq EasyPC E790 rebranded Cherrypal Africa to the US market for just $99. I filmed this model made by Menq here last month: http://armdevices.net/2009/11/12/80-android-laptop-menq-easypc-e790/

I would be really proud and happy if distributors and brands such as Cherrypal are approaching the manufacturers of the best products that I film, this would really be a nice success criteria for my video-blogging work. It is my goal to highlight interesting new products when I find them at consumer electronics trade shows and when I get review samples and to try and get those videos to do the rounds of the big blogs when the content of my videos are original and interesting enough.

It is really great to see the Menq EasyPC E790 for sale in the US market branded Cherrypal Africa so soon after my video. If this helps speeding up the availability of an Android firmware onto the laptop, then that would be even better!

Funny as well, at the same time, Cherrypal is launching the Optima OP5-W rebranded Cherrypal Bing for just $389 as well which I filmed a couple of weeks ago as well at http://techvideoblog.com/reviews/optima-op5-w-350-121-laptop-for-ubuntu-or-windows-xp/ ! This seems to me that it is likely that Cherrypal is a fan of my video productions. Leading them to take concrete actions in contacting the manufacturers of the products that I highlight and negociate immediate orders of large quantities of those products.

I look forward to my videos influencing more distributors in the coming weeks. Look forward to my extensive video coverage of all the best ARM powered devices from January 7th to 10th at the CES Consumer Electronics Show!